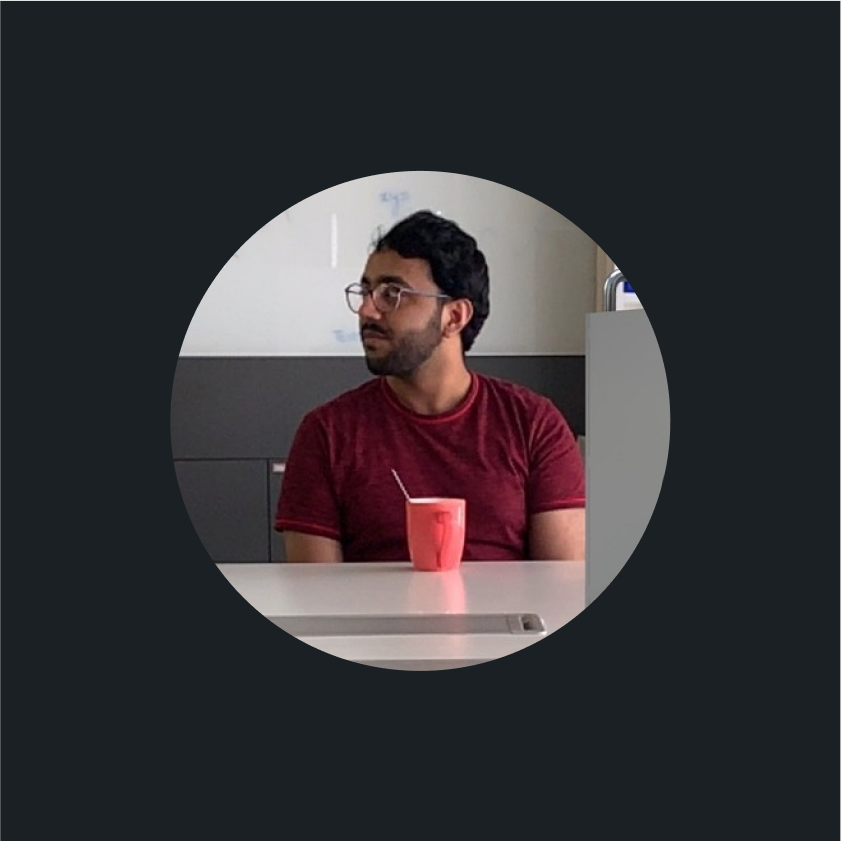 ​​I bring a passion for user-centered design, brand management, marketing sensibility, and thorough technical understanding, to all my projects.

​​I have been playing around with computers since when my family bought one in my 2nd Grade and the first thing I learned was Ctrl+Alt+Del. During that time I was famous for my origami skills, art & craft were my thing.

​​Later in 7th Grade, with help of the Internet, I made my Orkut account, and that paved the way for me towards social media marketing, community building, hacking, and using HTML CSS to create my own websites. In parallel I was learning the hardware assembly part to build my own PC mods.

​​In my high school, I got consumed with science, theoretical physics in general, and decided to become an astrophysicist, but ended up choosing engineering in computer science instead.

​​In college, I dabbled around with code and design, and what made me tick was making products, so here we are doing something that has all computers, art, and science.

​​In my ex-lives, I have helped kick-start small startups & created few apps of my own. Currently, I am leading UX for multiple product verticals at Cybernetyx.

I love the feeling of people coming together, to create something, that contributes back to the human society.

I also love winning, and I believe that user experience strategies have the potential to disrupt industries, and kill giants.

I have been playing on and around products, to understand every facet that makes it tick in the market. During my limited experience I have gained a strong hold technical, managerial, marketing, and sales knowledge.

I believe in craftsmanship, and selfishly drive things such as to improve and hone my craft towards perfection.

​​One trick that I have been using from a very early age is breaking problems into their most fundamental parts, and then going for the solution. Like this one time, in my 2nd grade, we were doing a test on multiplication, and instead of following the conventional route of using the digit-goes-on-top-of-tree-method I simply added it 'n' number of times, afterward Mr. Jerry thought I cheated but it was not the case : )

The whole UX profession breaks down to 2 very fundamental concepts, that are collaboration and pattern recognition:

​​- You need to collaborate with every stakeholder to understand, identify, ideate, solve, create, and deliver.

​​- And pattern recognition is identifying habits, aesthetics, navigations, interactions, personas, and much more either through user-centered research or the general trends in the industry.

UI industry has now reached saturation, so all the common UI patterns are always a safe bet.

With the amount of UI saturation in market, trend is UI Patterns including the brand characteristics in a subtle way.

​​In my early days, I found these sacred texts on design thinking and thought that this was Thy Way. Thy Way to create successful products without any failure, so I researched and consumed a lot of it. Later I was introduced to Agile methodologies and they both were like yin-yang.

So after all the frustrating trouble to figure things out, here are my current views:

- There is no real Thy Way. Being pragmatic is much better, adjusting the strategies according to the product, client, and timelines is the real deal.

​​- In abstract sense, the ideal process is to diverge and converge throughout the product lifecycle in repeating loops.

​​These days UX Design discipline has far more stronger impact on products, service, and brand than just designing the interfaces. But the word Art has always been the trigger that drives this aesthetics vs science arguments in our community.

Art is generally regarded as self-expression done to satisfy oneself and it goes against the job’s principle of satisfying the user. Although I agree with this generalised thing, but art is more like aesthetic appreciation rather than personal expression, it’s the experience it triggers to its audience.

This definition is more inclusive in terms of what we consider art, and this reversed view also makes the arguments more objective. Example is a persona who prefers some brand due to their aesthetic 'taste' will expect / appreciate the same aesthetic complexity in the products they use.​​

Duality of Science and Art? idk!

​​My long-terms goals are VR, space, and immortality. Daily-personal goal is to achieve Mushin.

​​I dig Phonk music, favourite movies are Gattaca & Mr. Nobody.

I’m based in Bangalore, but originally hail from the city of Jaipur.

​​Thanks for stopping by.